What is paint, anyway? Paint always consists of at least two parts: pigment and binder. The pigment is the color and the binder is what keeps the pigment on the canvas.

Not believing this I took some pigment, red oxide powder to be exact, and mixed it with water. "This pasty substance sure looks like paint to me,” I thought as I smeared it on the wall in my dining room. An hour later, the paste had dried and not surprisingly it turned into dust and fell off.

I like to try stuff out instead of just believing what I read, adhering to some safety limits of course. I haven’t drunk any hydrochloric acid for example. But back to my topic for the day: Paint. So now that we know that paint is indeed pigment (color) mixed with binder let’s talk about those binders.

The most common binders in use today are acrylic (basically plastic), oil (usually linseed oil) and watercolor (made from gum arabic which is sap from a tree). Other lesser-used binders are egg yolk, wax, plaster, and the list goes on. Ostensibly anything that will stick to a surface will work: bodily fluids such as urine and blood (never tried it), milk or any protein for that matter. Ancient peoples used spit and animal fat. If you can think of something that will stick, go ahead and mix in some pigment and see if it works.

The funny thing is for as long as I have been painting I’ve not used oils. I just wasn’t interested. I assumed that the fumes would be unbearable. Then I had this dream. I went to a bike shop to pick up some chain grease. Which wasn’t odd as in real life I had just put studded tires on my bike so I could ride in winter. In the dream, I ask the sales clerk for bike grease. “Yeah, we have it,” she says, “And we also have these oil paints.” She waves her hand toward a small box on the counter. “OK” I say, “but I want bike oil.” “Sure, it’s over there somewhere,” she says, “but these paints are really nice.” I go over and get someone else to help me find the bike grease. As I am paying the woman says yet again, “These are really nice oil paints and we only have one box.” I think it quite strange that the bike store is selling oil paint, but I take my grease and leave. 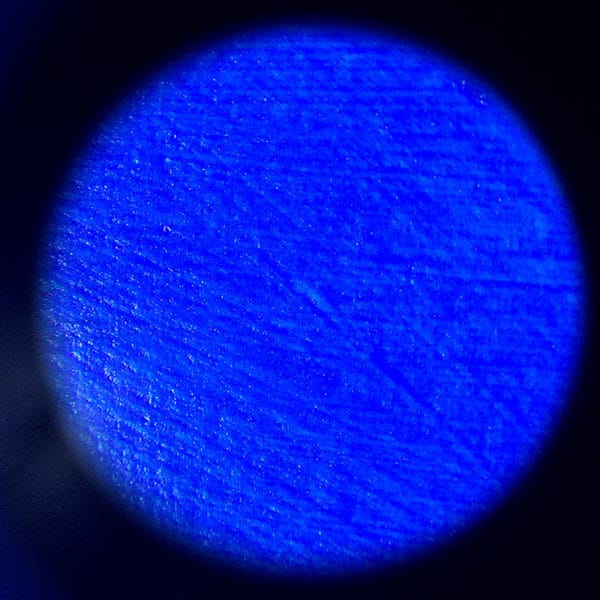 Of course the next day, in real life, I think about the dream. The message is obvious but I stubbornly refuse to go get some oil paints. Some weeks later, I come upon this video by Florent Farges explaining basic oil painting and to my great surprise you don’t need to use mineral spirits! It’s possible to clean brushes with a thin oil. Hooray! I'm off to the art store. The wonderful sales people at Wet Paint art supplies in St Paul tell me indeed that oils can be thinned with solvent-free materials and brushes can be cleaned with safflower oil.

I have been painting with oils everyday since.

It occurred to me later that my spirit body had been trying to send a message to my physical body for a while. When I got the new tires they found a way in by making a connection between chain oil and oil paint. It sounds weird, but everyone's connection to the ethereal world is a bit strange. We all have our own unique way of communicating with ourselves and a sense of knowing that helps us understand what we really want or need. Listen.

So that’s the big news in my art life, I am painting with oils. Hopefully I will have some interesting paintings to post in the next few weeks or so. Happy Spring. Enjoy the rollercoaster of weather events. 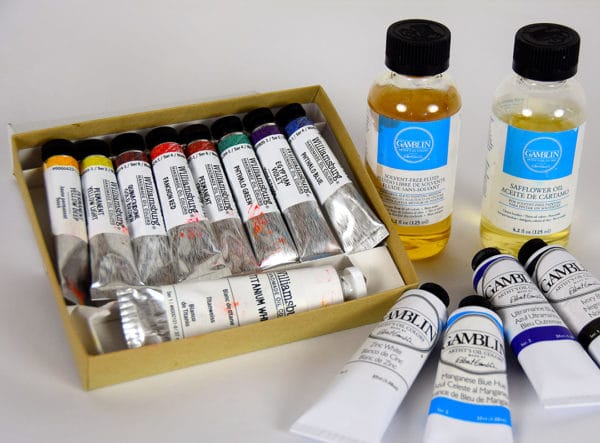 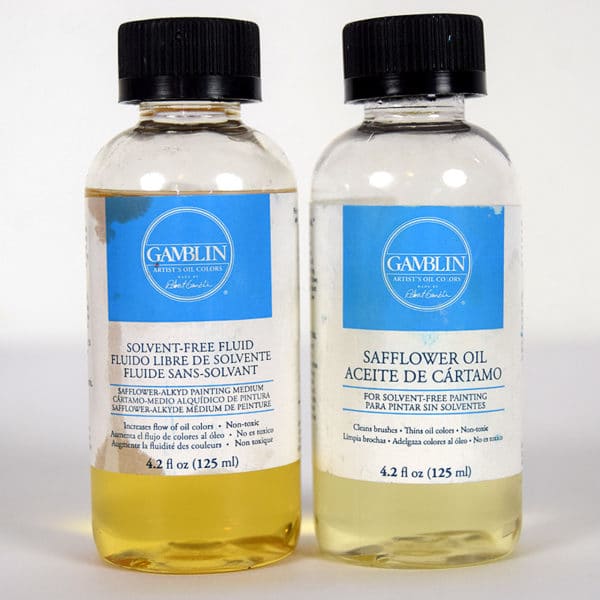