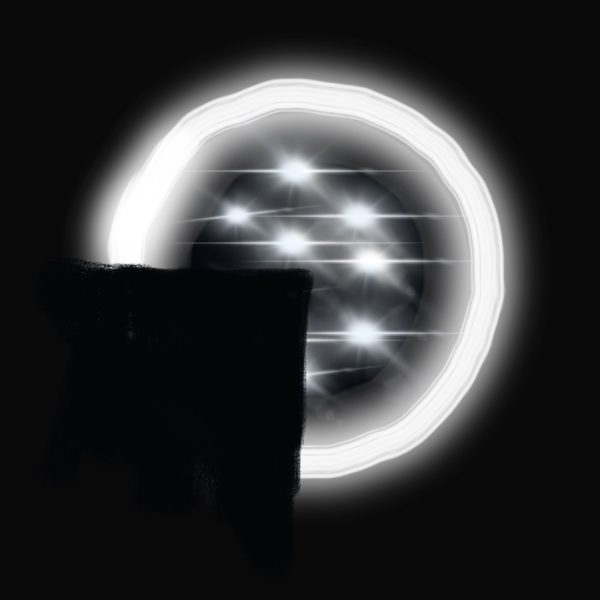 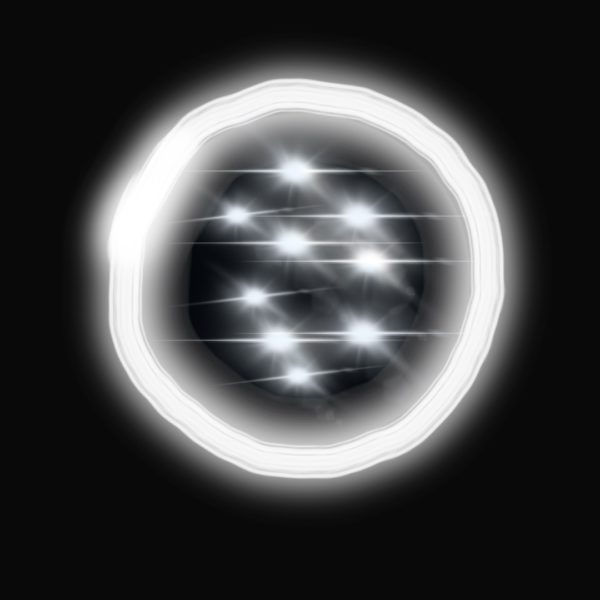 Last Summer at Art Camp in the Upper Peninsula of Michigan a group of us intrepid artists headed out one evening to see the infamous Paulding Light. The Paulding light mysteriously appears and disappears at the end of a seven-mile path. You can drive to the beginning of the path but a barricade prevents you from driving further. So people hang out at the barricade waiting for the light to appear and when it does, they go ooh and ahh, and it’s really a lot of fun.

I wouldn’t say it was scary but it is a bona-fide unexplained real-life phenomenon.

I was the only one who brought binoculars. What I saw was sometimes red and sometimes white and seemed to have no discernable rhythm. Suddenly there was a red light, which after some minutes turned to white and other times it started out white and stayed white or went off and came right back red. I tried to see it via my binoculars but by the time I found it and focused, it was often gone. I did manage to see it at one point in the white phase. With the naked eye I saw a single solitary circle of light, however with binoculars there was a ring of white light with a number of circular lights inside. When it first appeared a corner of the circle was cut off, the shape being of a perfect right angle it was as if behind a wall or building. Then it rose and I could see the full circle. The images you see here I drew from memory the next day.

In 2010 Michigan tech students investigated and found that they were able to recreate the light by driving down a specific stretch of Highway 45, but the behavior of the lights I saw was not consistent with the movement of cars. It did not sweep across the field of view, it did not increase or diminish in size as it would if it were moving closer or further away. It changed suddenly from white to red and I never saw two lights moving in tandem as headlights would.

There are legends and ghost stories that I find more believable than cars, but without a closer psychic connection to the area I am not able to sense the truth.

The truth is out there though, and as a dedicated explorer in the realm of dreams, unseen forces, energy and vibrations, I’ll keep going, toward the light. See you there.